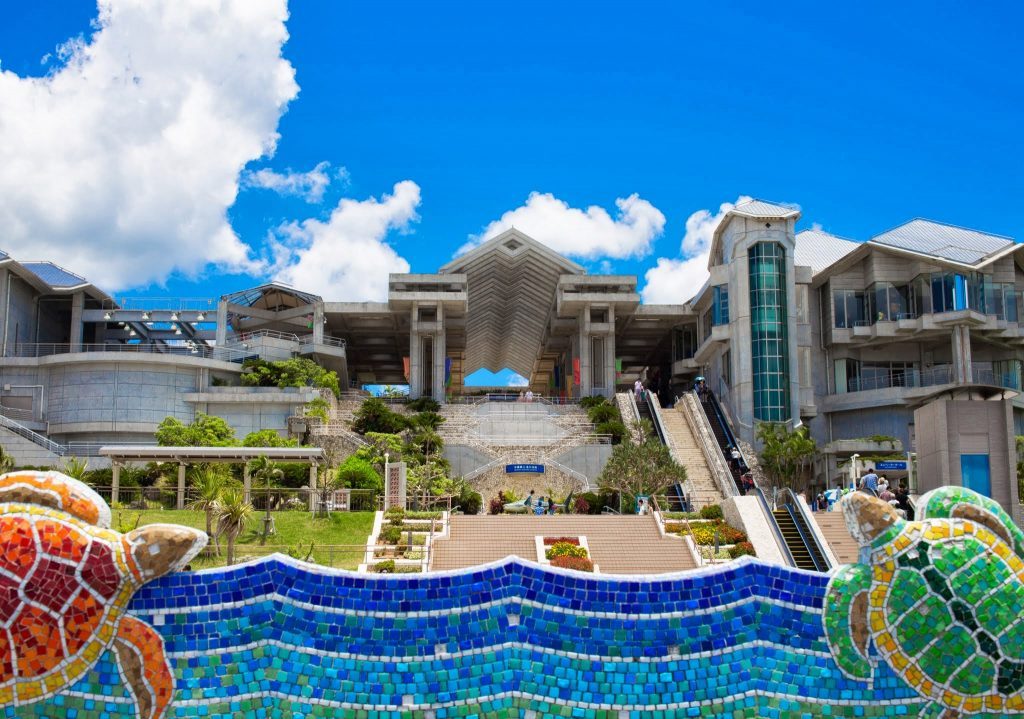 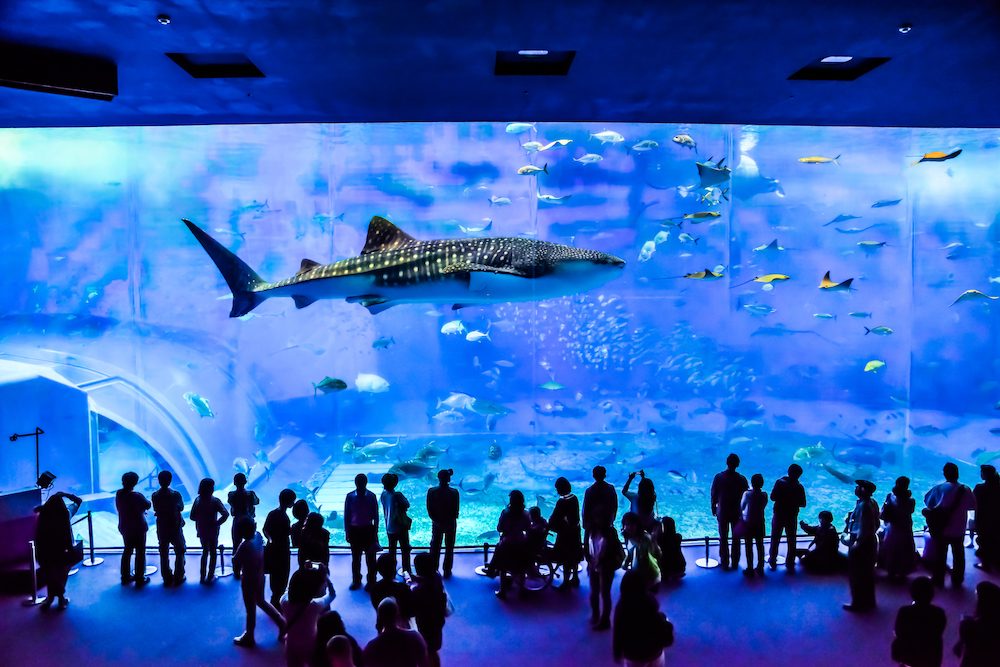 Churaumi Aquarium is located in Okinawa and is part of the Ocean Expo Park. This aquarium features 77 exhibits and the largest tank holds about 2 million gallons of water.

This aquarium houses ten species of coral and more than 25,000 animals. Churaumi Aquarium prides itself on the facilitation of sting rays and in 2007 a sting ray gave birth at the aquarium. 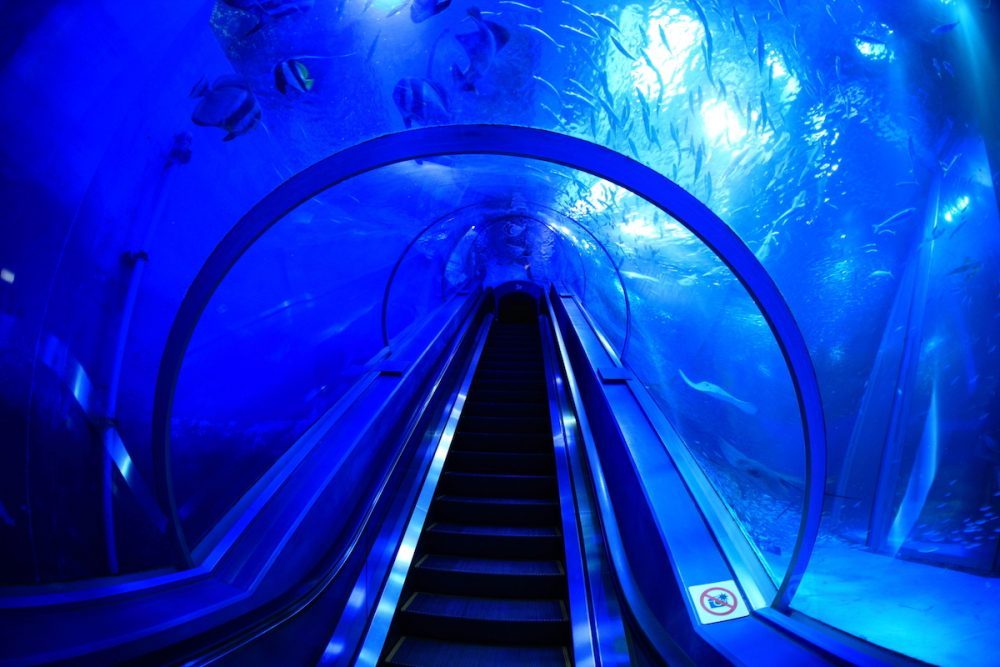 Located at the tip of Yokohama, this aquarium prides itself as a modern amusement park. In the aquarium, there is over 100,000 sea creatures. Since there are so many species, it is one of Japan’s largest aquariums. 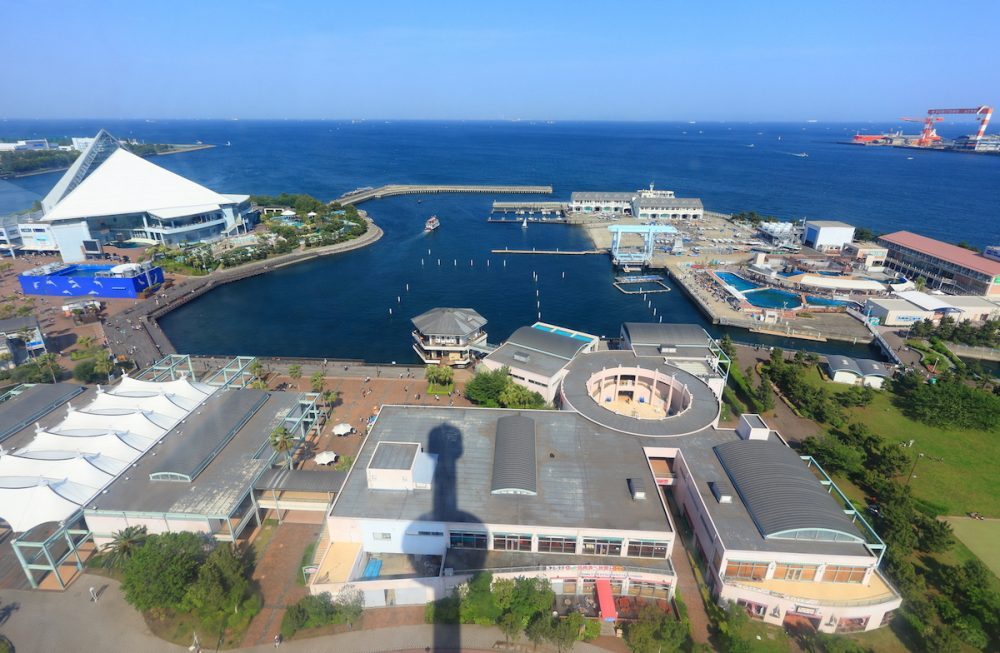 Also within the park, there is the Umi Farm. The main attraction is the interactive exhibits and activities to promote awareness and educate people about the ocean. 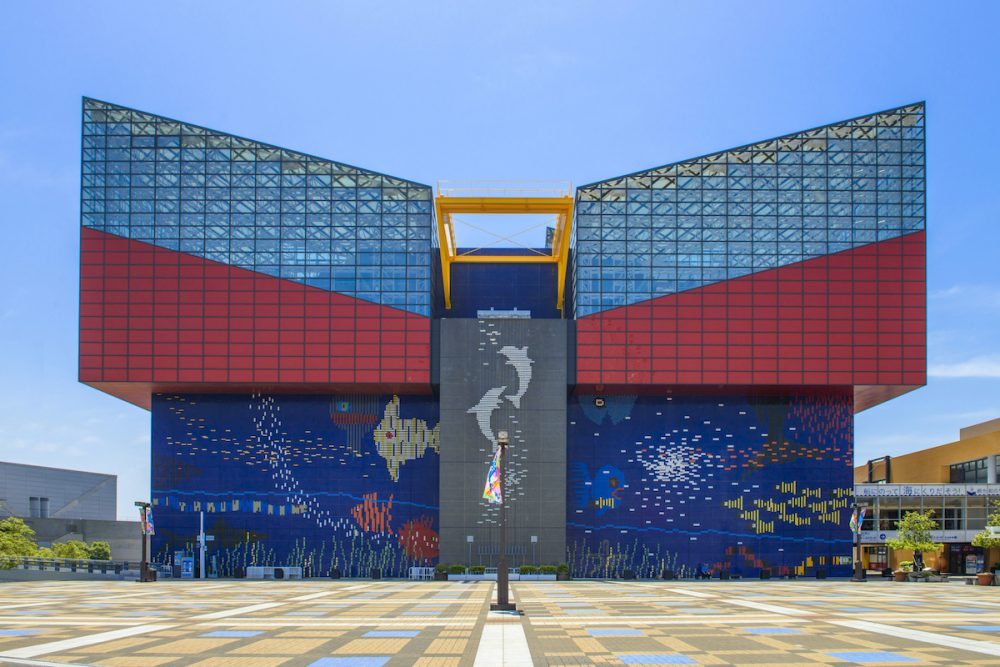 Kaiyukan is located in Osaka and is one of the largest public aquariums in the world. It opened in May 1990, the architecture of the building is unique and well-known. The layout of the aquarium focuses around the large central tank which allows guests to walk around it and see everything from different angles. 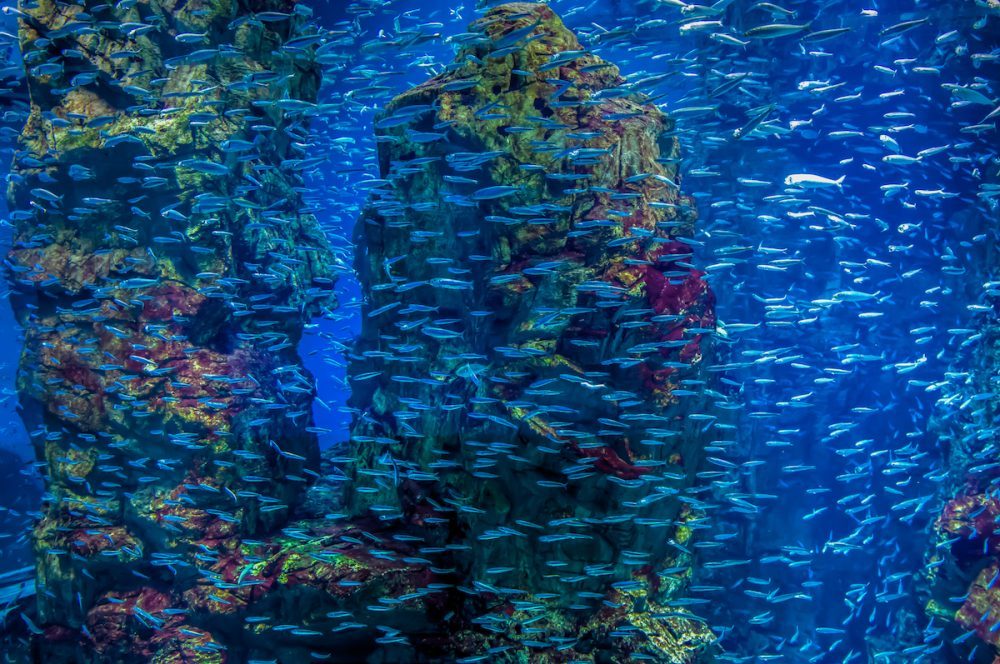 There is around 29,000 animals and 470 different species. The central tank also features a full sized whale shark, the other exhibits are all have a theme and has species from around the world. 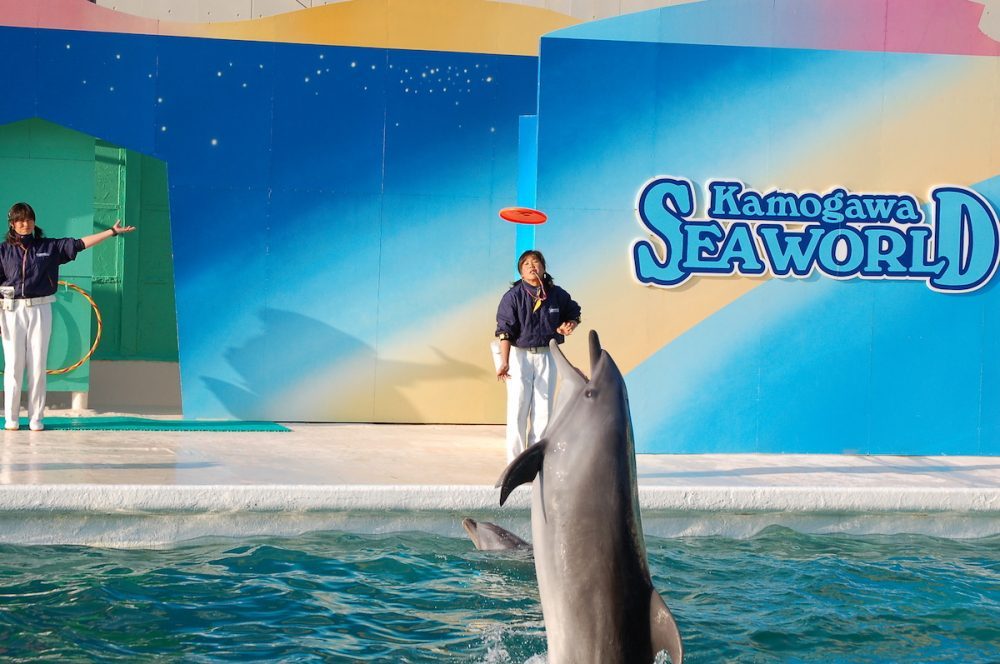 Part of the Sea World franchise, Kamogawa Sea World features many attractions that Sea World is well-known for. Sea World is famous for performances by killer whales, dolphins, and other animals. It also includes Sea World’s mission and dedication to aquamarine research. The goal is getting guests to interact with sea animals, both physically and emotionally. 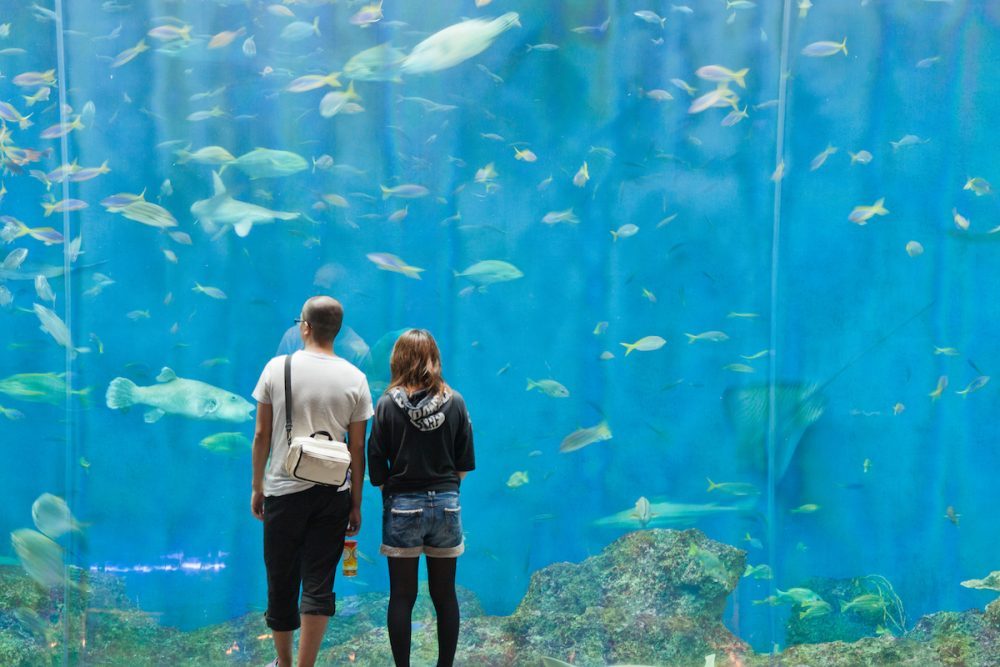 The exhibits are designed to recreate the animal’s natural habitats. Some of these include the Penguin Sea, Walrus Sea, and Polar Adventure. With over 20 different habitats and shows, you won’t find a dull moment here. 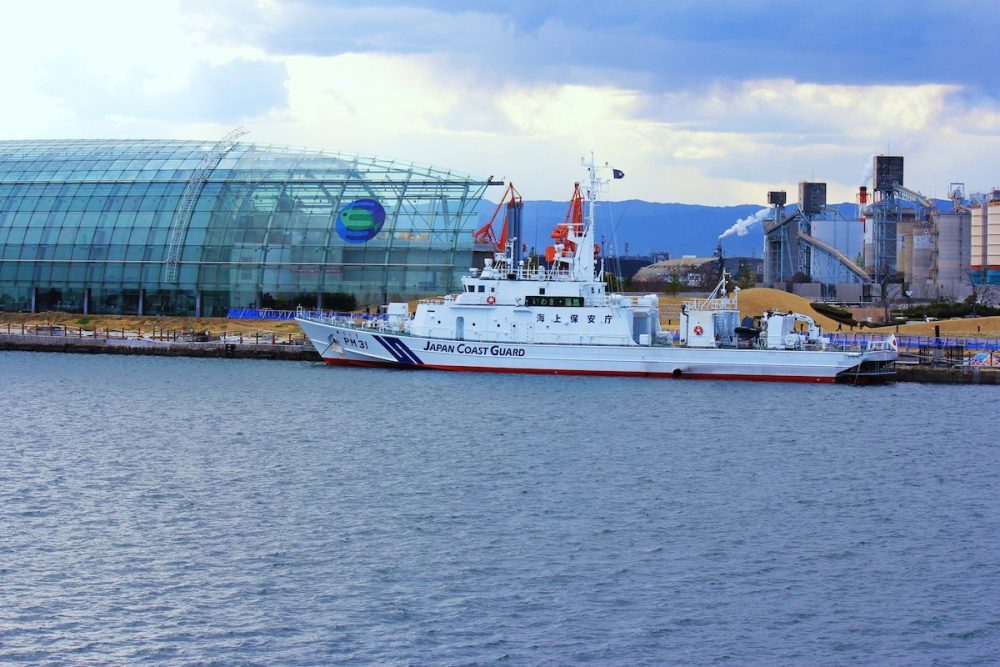 Opened on July 15th, 2000 the highlights of this aquarium are marine life in and around the Shiome Sea. The Shiome Sea is characterized by the meeting of two rivers, the Kuroshio and the Oyashio. The aquariums main tank holds 540,000 gallons of sea water and is separated by a tunnel. 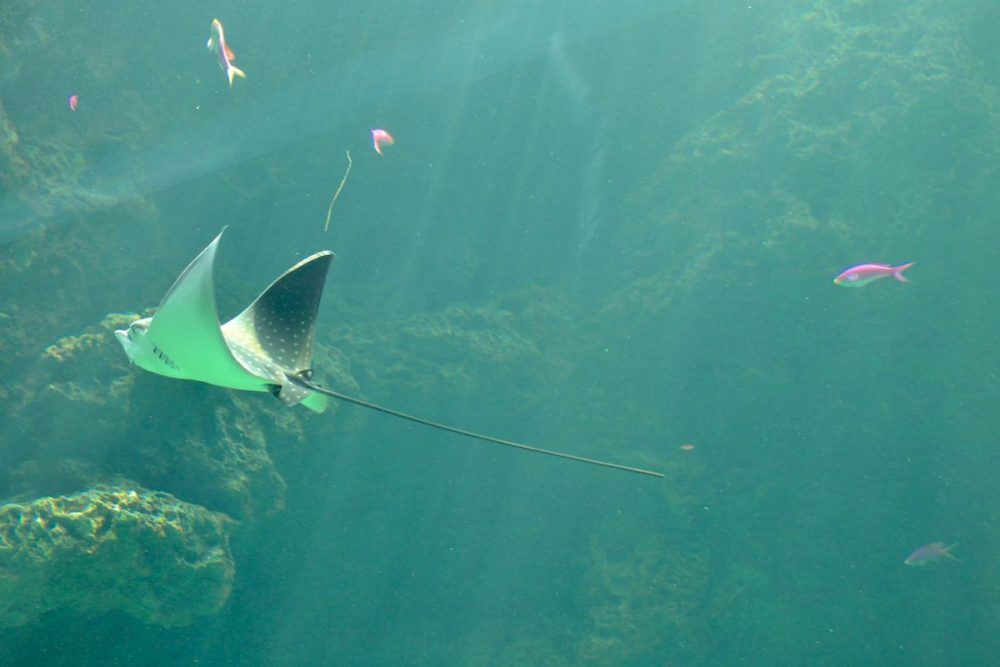 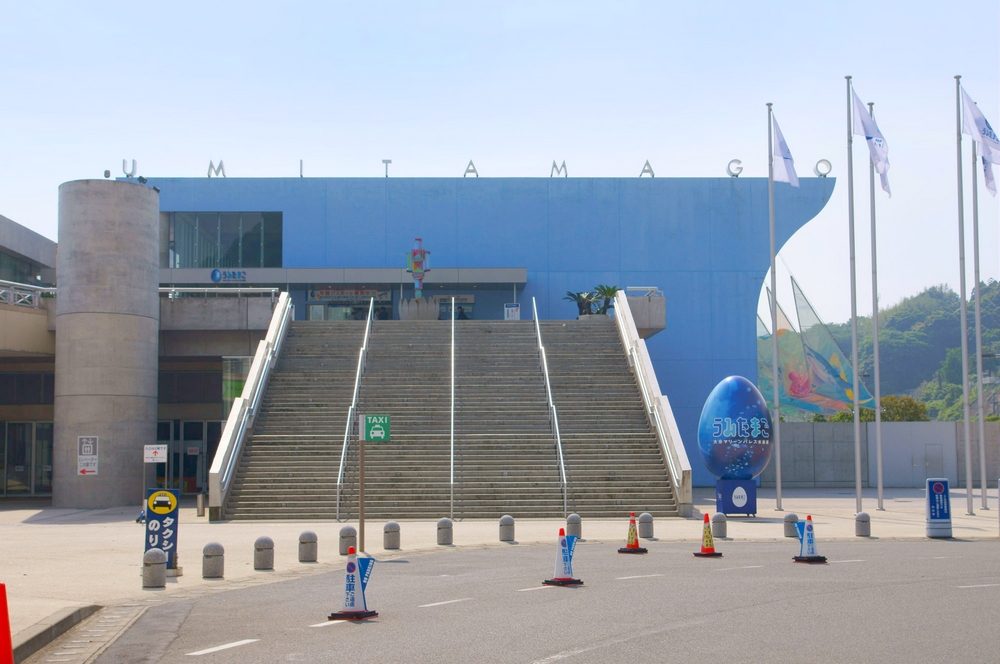 Umitamago aquarium is located in beautiful Beppu, Japan. The main attraction at this aquarium is slightly different than other aquariums. For example, they have acrobatic walruses, sea lions, and pelicans. 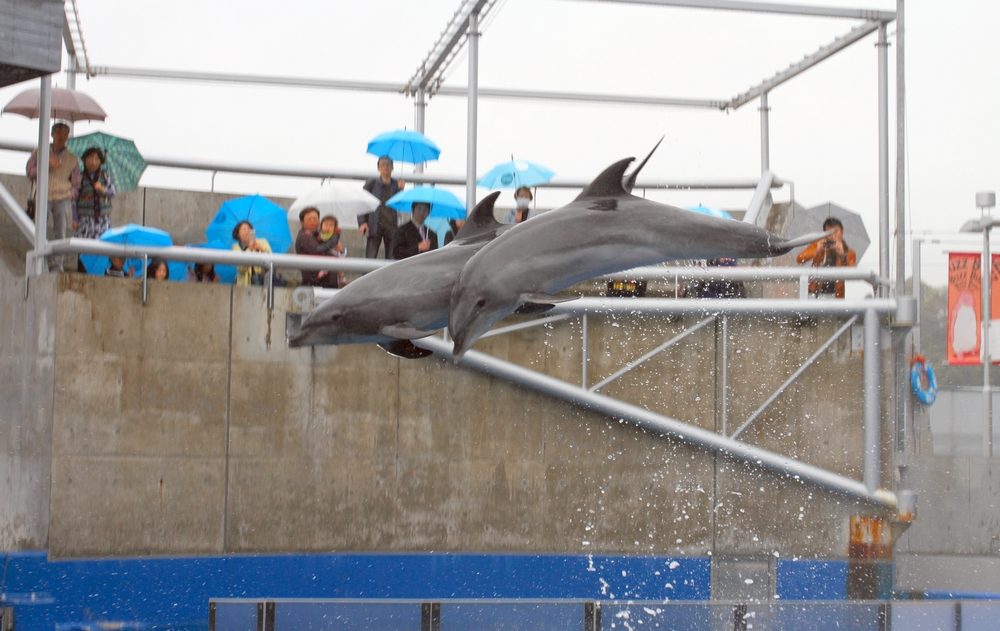 Umitamago aquarium also features very impressive dolphins shows but the highlight is the comedy routine with the walrus. The aquarium is highly educational because each exhibit has commentary from experts. Most of the exhibits allow guests to touch the sea animals. 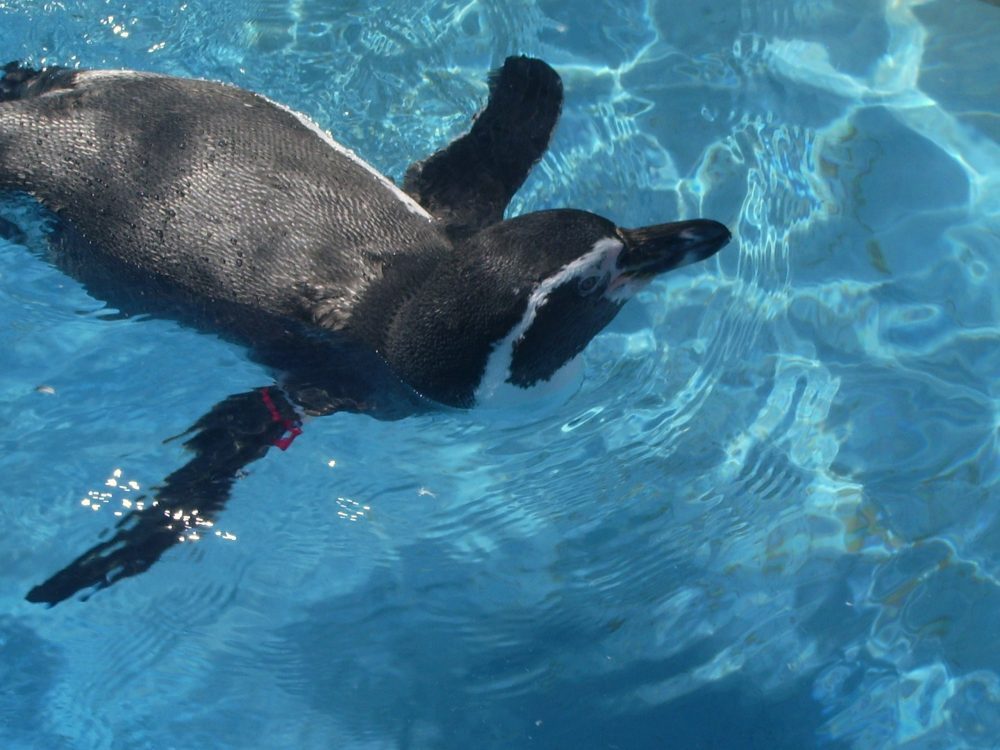 Although the Echizen Matsushima Aquarium isn’t the largest aquarium on the list, it makes up for the size because of the quality of the attractions. They have the standard dolphin show, but the real highlight is the penguins walking. 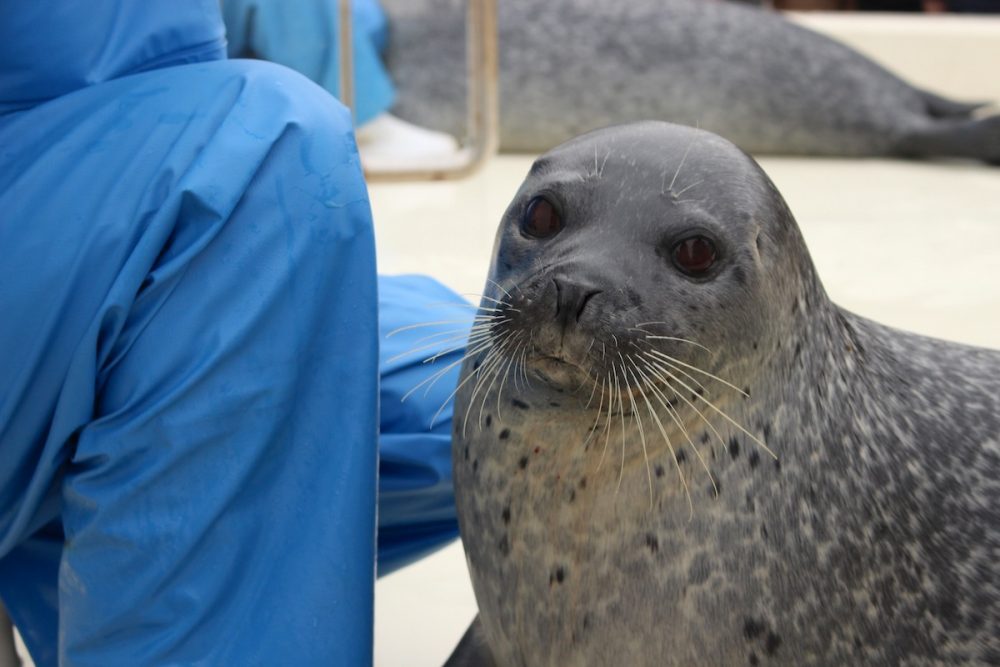 Several times a day, the penguins are walked from their enclosure to a small park where guests can watch them play in an more intimate setting. There are many opportunities to interact with some of the other cute sea animals. 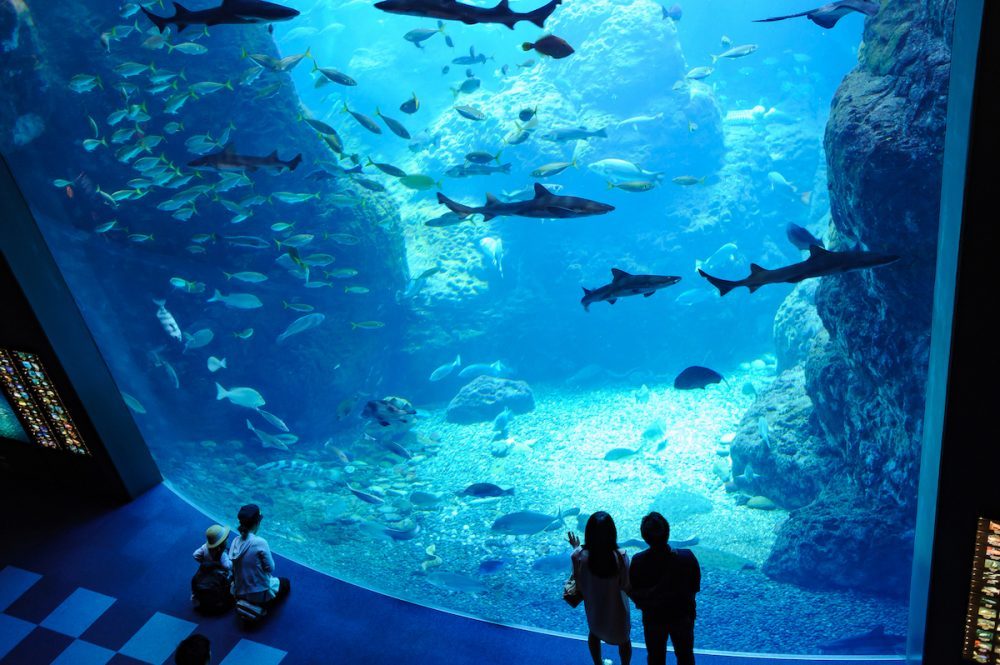 The Enoshima Aquarium is easily accessible for those visiting the Tokyo area and is definitely worth seeing. This aquarium features 12 different exhibits that showcase life in the Sagami Bay. There is a deep sea exhibit with species that are not seen everyday. 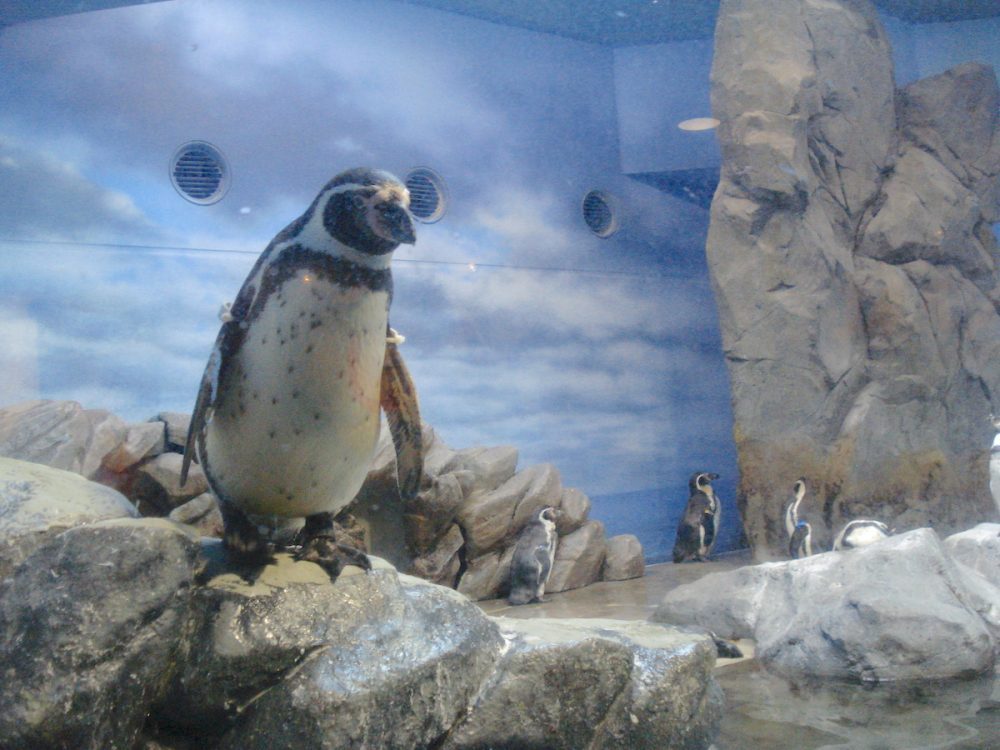 There are some of the world’s best jellyfish displays and you can learn about the life cycle of the jellyfishes. There is even have an exhibit to get close up and personal with penguins and seals. One of the newest attractions is the sea turtle beach, this exhibit allows visitors to see sea turtles all year around. 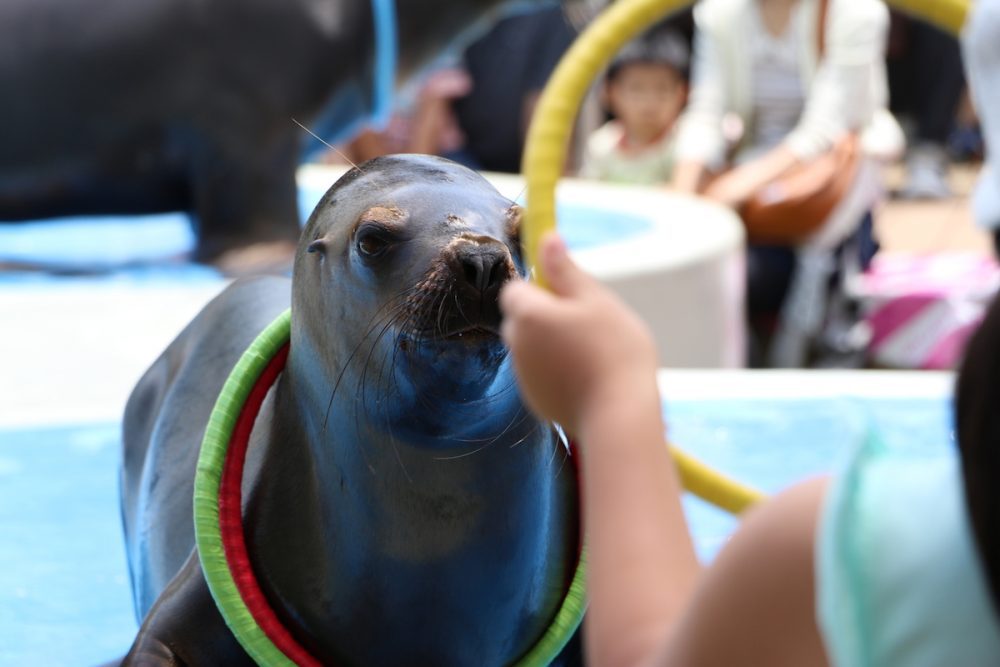 The Ikebukuro Sunshine Aquarium reopened in fall of 2011. The inspiration for this aquarium was “an oasis in the sky”. This aquarium is located in the heart of Tokyo and still manages to have about 37,000 fish from over 700 different species. In total, there are about 80 tanks where visitors can view the sea animals. 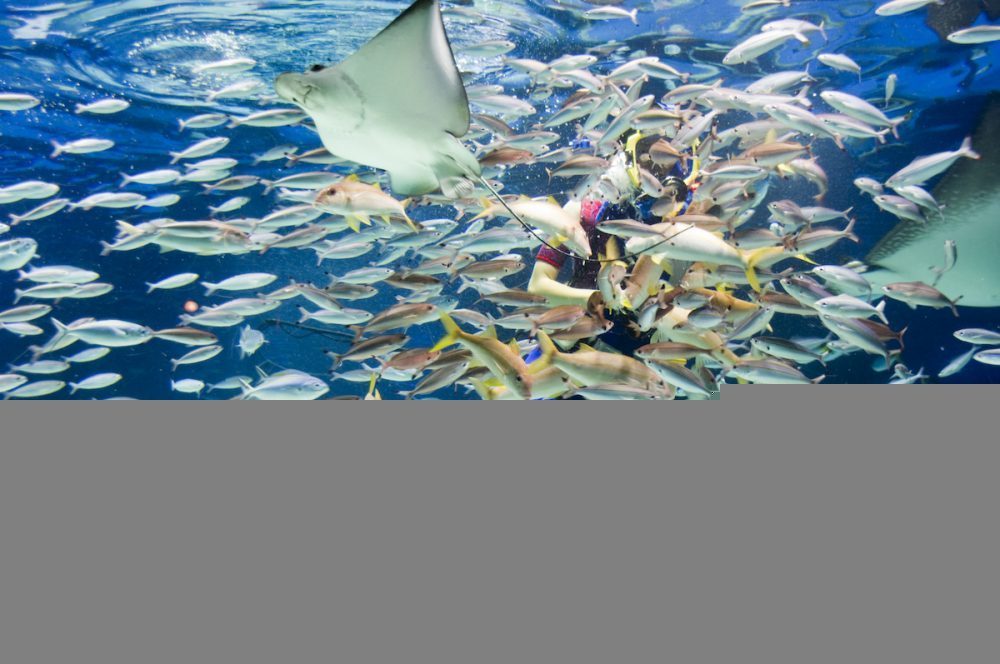 The highlight of this aquarium is the Sunshine Aqua Ring. This tank is suspended several meters above the ground and allows sea lions and penguins to swim above you as if they were flying. 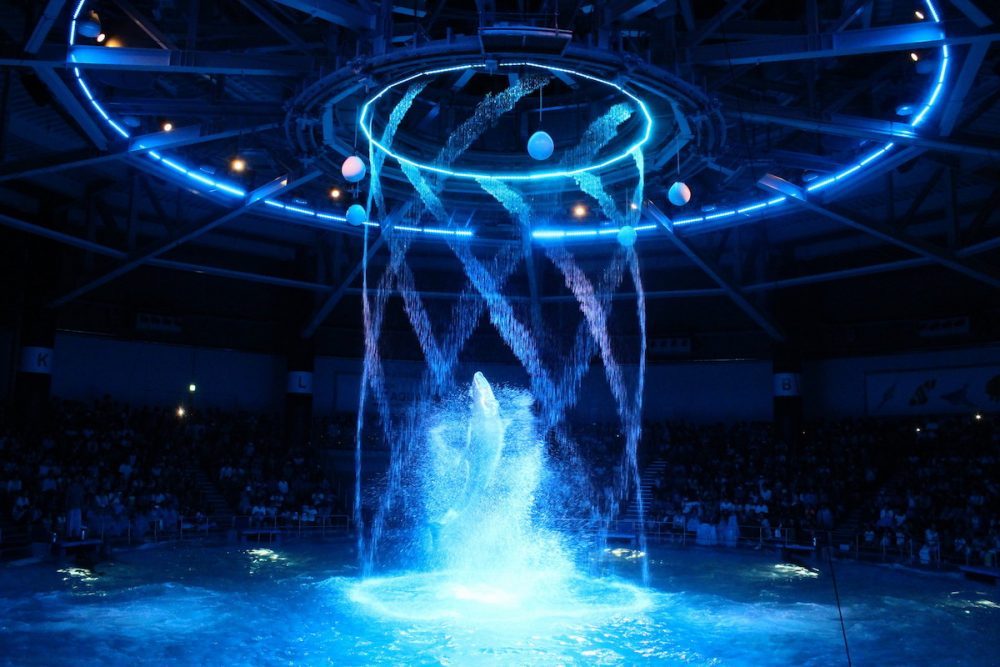 Another metropolitan aquarium is the Shinagawa Aquarium. Although this one isn’t necessarily next to the ocean, they still manage to feature some impressive exhibits and shows. The two best exhibits are the Underwater Walk and the Shark Hall. The Underwater Walk gives a unique view and makes it feel as if you were walking with your favorite sea animal. 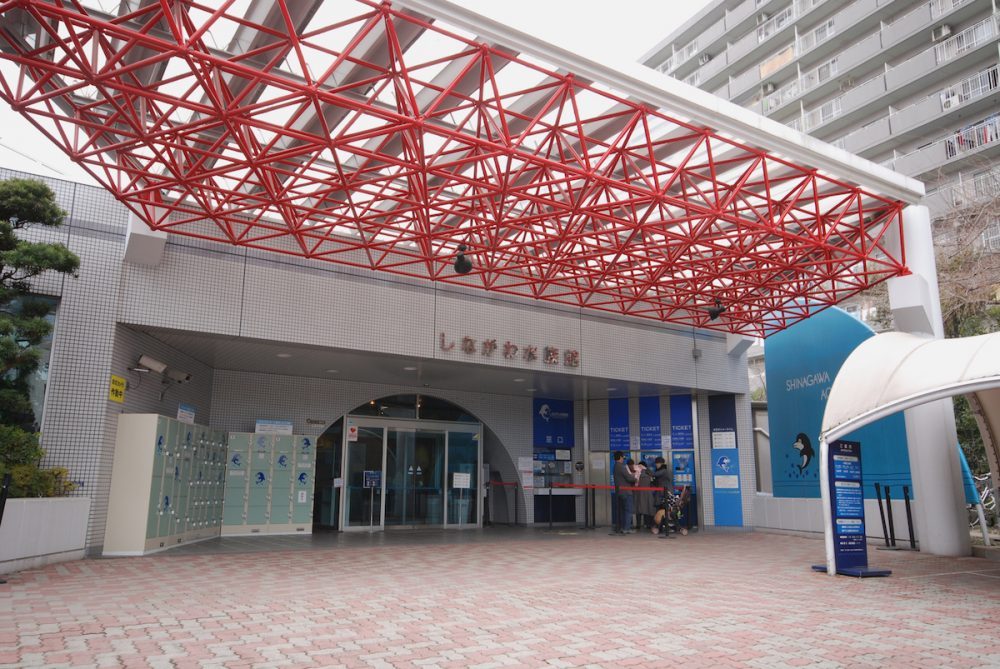 Shark Hall is exactly what it sounds like, a tank featuring sharks from around the world. Shinagawa aquarium offers multiple dolphin and sea lions shows daily. You will be amazed by the high flying acrobatic dolphin show and you will be laughing so much from the humorous sea lion show.