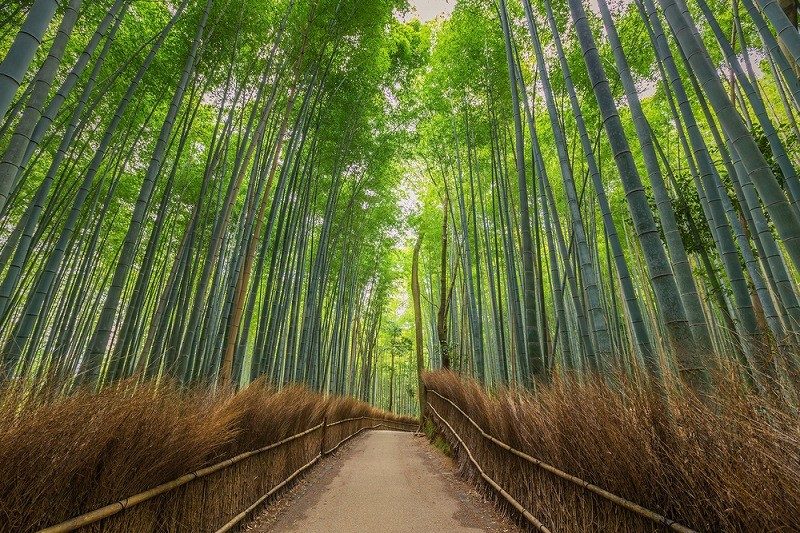 Contents hide
1 A picturesque retreat
2 A rich natural scenic spot
3 Numerous historic sites remain as a place of retreat
4 Sights of Sagano
5 Gio-ji Temple, the temple of Gio who realized the impermanence of all things
6 The Legend of Tragic Love
7 Takiguchi Temple with its legend of tragic love
8 Takiguchi-ji Temple
9 Rakkakisha, a salon for chic haiku poets
10 Sagano
11 JR and Randen
12 Around Arashiyama

Sagano is a large area spreading to the northwest of the Kyoto basin, and in ancient times it was a puddle of waterweeds. The area was developed and cultivated by the Hata clan, a powerful clan, by building a weir on the Oyam river. After the capital was relocated to Heian, villas and temples of aristocrats and literary figures were built one after another and the area was designated as a forbidden area.

Sagano has the Kitasaga hills in the north, Mt. Ogura in the west, the Oigawa River in the south, and Futarigaoka in the east, and although it is close to the center of Kyoto City, it still has rich nature. Taking a walk while savoring this nature may be the best way to enjoy Sagano.

Numerous historic sites remain as a place of retreat

Because of its scenic beauty, many villas and temples were built by aristocrats in Sagano, and it was also a place of retreat for recluses. Famous places include Gio-ji Temple, which is associated with Gio of the Tale of the Heike, and Takiguchi-dera Temple, where the tragic love story of Takiguchi Irimichi and Yokobue (a flute player) is told. Also, we should not forget that this is the place where Fujiwara no Teika chose for Ogura Hyakunin Isshu (One Hundred Poems of Ogura). The beautiful scenery of Sagano may have the power to give birth to stories. 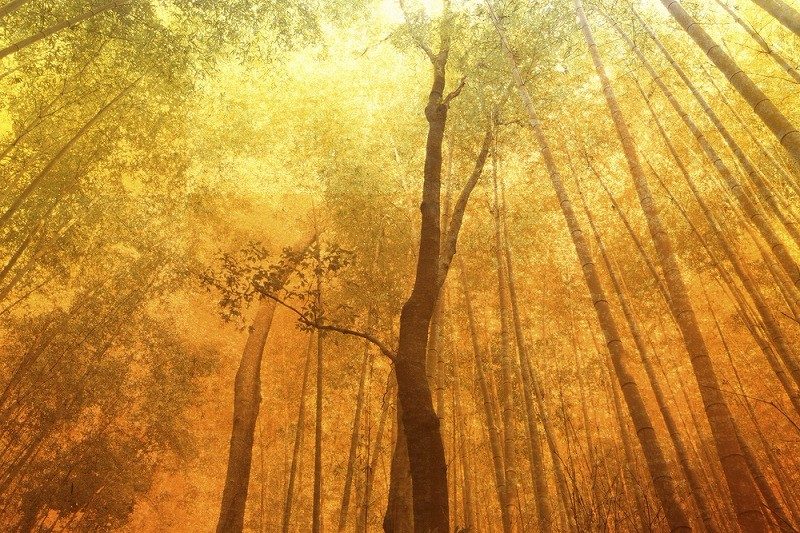 Gio-ji Temple, the temple of Gio who realized the impermanence of all things

Gio-ji Temple is famous for Gio, the white-bearded prince who was favored by Taira no Kiyomori in the Tale of the Heike. Legend has it that Butsugozen, the man who caused her to lose her favor, felt the same impermanence and devoted himself together with Gion. Although this temple is small, it has beautiful structures such as the Yoshino Window, also known as the “rainbow window,” where shadows appear in rainbow colors, and Buddhist statues of Gio’o and his companions enshrined in a hermitage, which will convey not only the impermanence of all things, but also the image of the women in their past lives.

The Legend of Tragic Love

Takiguchi Temple with its legend of tragic love

This tranquil temple is located further up the stone steps leading to Gionji Temple.

Takiguchi Irimichi, an official of the Heike clan, fell in love with Yokobue, a low-ranking samurai girl, but was not forgiven and left the family, and Yokobue followed him to the temple. There is also a head mound of Nitta Yoshisada, who was hanged in Kyoto and his wife stole his head and mourned it. 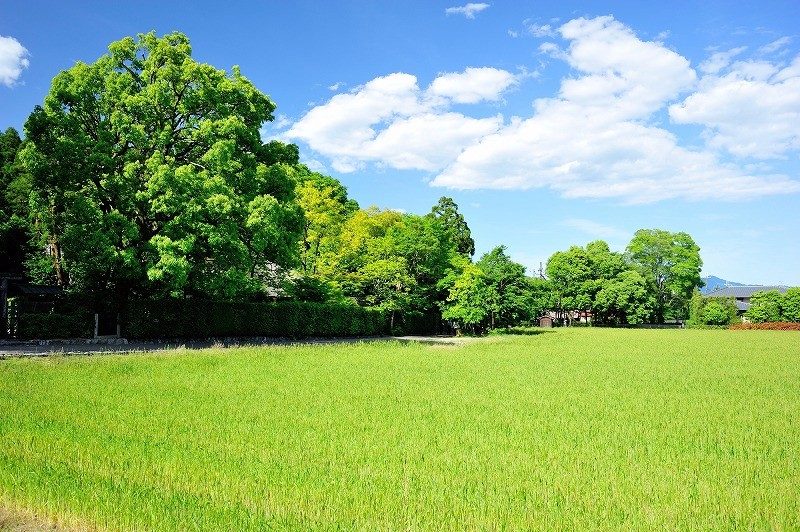 The thatched roof of this villa, which was the home of Basho’s student Mukai Gorai, is now a rare sight to behold. At first glance, the house looks small, but there is much to see inside, so please stop by. At the entrance, a hat and a straw raincoat are hung to announce the presence of the owner, and the interior, though simple, is filled with a sense of taste. The interior is simple but tasteful, with interesting plantings such as persimmons, which give the house its name, and banana trees, which allude to Basho, as well as a monument of haiku poems by various people related to him. Basho often visited the hermitage and left a diary of his stay called Saga Nikki (Saga Diary), and Gorai also held a haiku school where farmers and townspeople could freely participate. Even now, there is a box for submitting haiku, and the best ones are applauded by the haiku magazine “Ochikakisha”, so why don’t you give it a try? 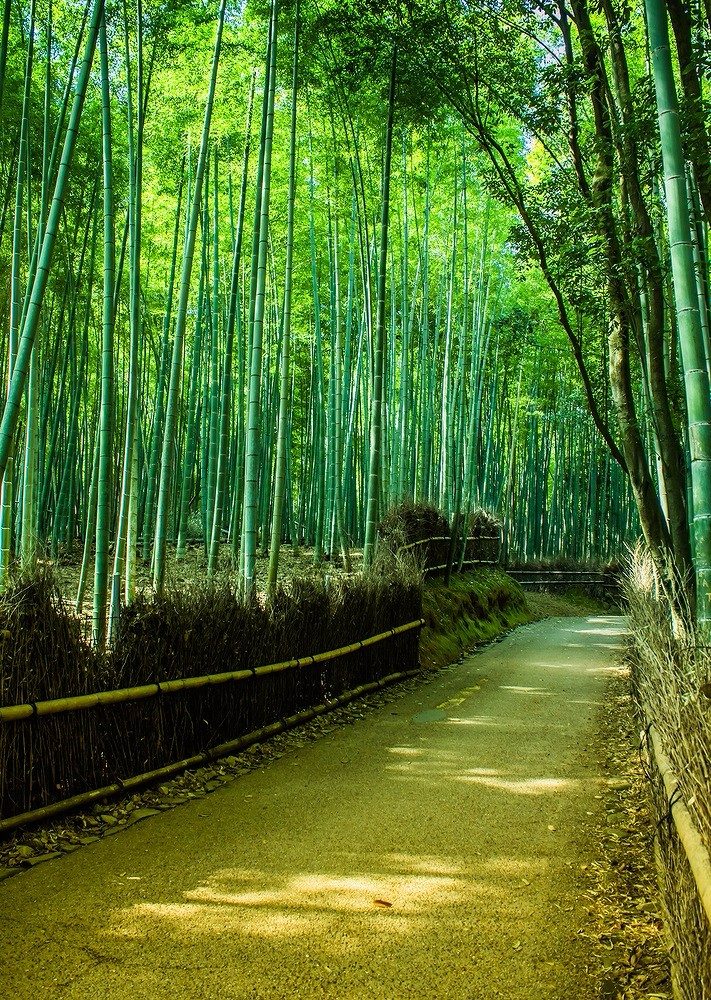 The Sagano Arashiyama area is famous for the Togetsu Bridge, but the scenery while crossing it and the park along the river afterwards are both wonderful, so be sure to visit. We also recommend the bamboo grove path and the trolley train, which offer a taste of Kyoto’s typical atmosphere and the nature of Sagano.