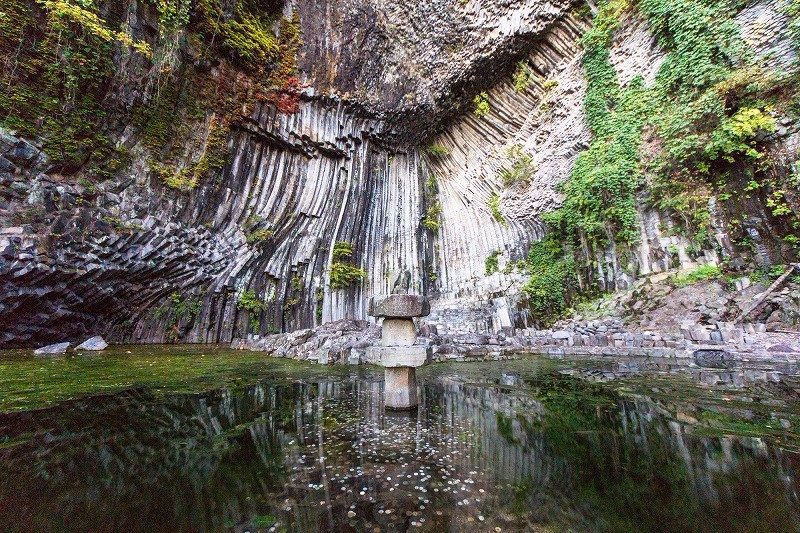 In Toyooka City, Hyogo Prefecture, there is a cave that was created when a thick layer of basalt formed as lava cooled and solidified, and erosion caused chunks of rock to be roughly exposed. The name of the cave is “Genbudo”, and it is designated as a national natural monument. To be precise, the rock was easily quarried out of the cracks created by the magma cooling, and the remains of the rock quarried out by human hands became the caves, which continue to this day.

Too good to be pickled stone

The name comes from a legendary animal

It is said that a Confucian scholar who visited the site in 1807 named the cave Genbudo because of its resemblance to the legendary animal Xuanwu. The name Genbu-iwa is said to have been derived from Genbudo when the stone was given its Japanese name, making this a valuable area with great geological significance. 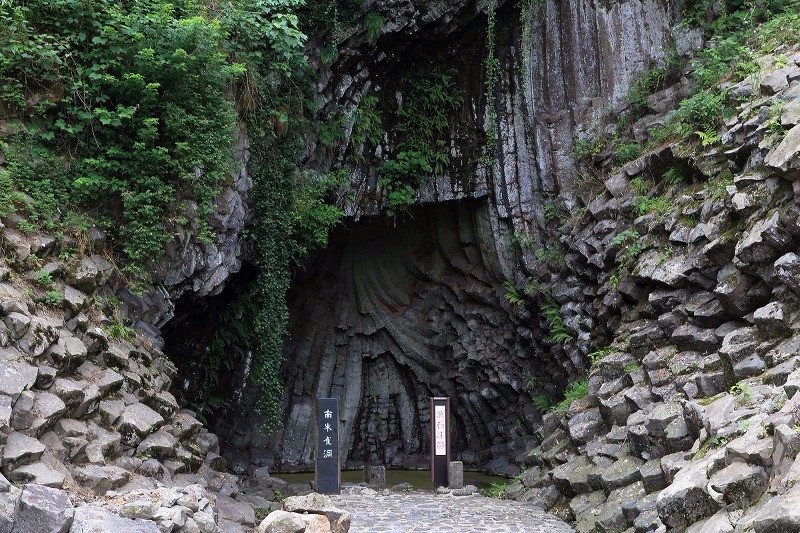 A formidable force of nature

Most people who visit Genbudo go there without much expectation before visiting, but seeing it with your own eyes will show you the wonders of nature. The sight of the stones piled on top of each other in layers is truly breathtaking and captivates the hearts of those who visit. Because it is not a tourist attraction, you can take your time to visit it without being disturbed by too many people.

Staircase made of quarried stones

The splendor of Genbudo can be enjoyed even before going to the caves. The stones that were once mined are used as stairs, and the sight of stones of almost the same size standing side by side to form a staircase makes you wonder, why? It is a wonder to see stones of almost the same size forming a staircase. If you look closely, you can see that the joints of the Genbudo Cave are not only in one direction, but also in a vertical line, and there are also parts that are lined up in a horizontal direction. It is a feature that the stone itself seems to flow. Even if you take one such staircase, you can feel the particulars, and you can imagine that it had a great meaning at that time. 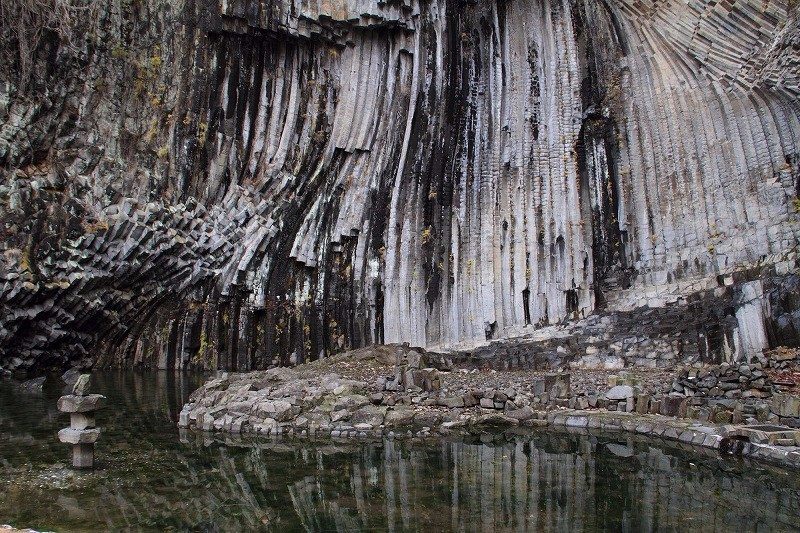 The shape of the stone where the dragon rises

The Xuanwu Caves consist of five caves, from north to south: North Suzaku Cave, South Suzaku Cave, White Tiger Cave, Xuanwu Cave, and Blue Dragon Cave. The longest joints of all the caves are found in Seiryu-dong, which is 33 meters high, and looking at the joints reflected in the pond at the bottom of the cave, you may even feel as if a dragon were rising up from the ground. The Japanese people of long ago must have revered these caves and the products of nature, and they must have united in their efforts to preserve them. I hope you will not forget that it is only because our distant ancestors protected them that we can see them today as they were then. 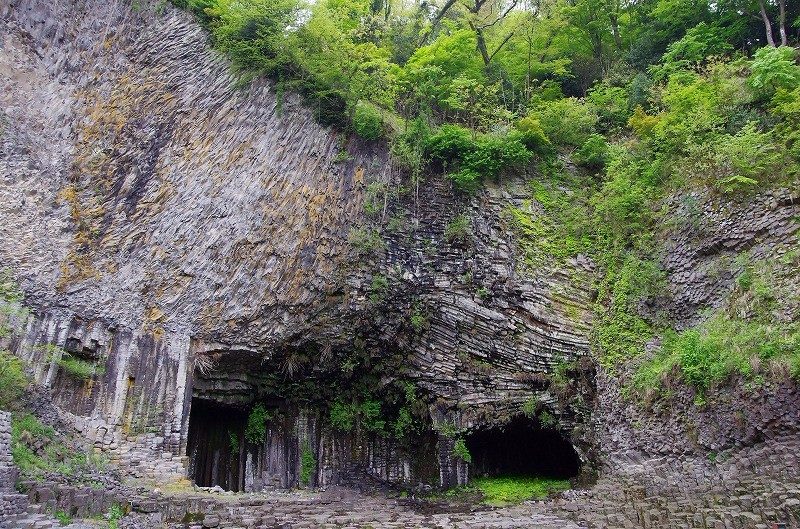 The secret of the horizontal joints

While many caves have joints aligned vertically or diagonally, the joints of Byakko Cave are beautifully aligned horizontally. When we think about the reason why only Byakko Cave is horizontally aligned, we can’t help but wonder what happened in the distant past.

Near Genbudo, on the banks of the Maruyama River, there is a museum of will called the “Genbudo Museum,” where many rare minerals from around the world are on display. It has long been said that many minerals have mysterious powers, and just looking at them makes you feel as if you might even receive magical powers. You can enjoy stone sculptures and art, and at the same time, Genbudo is an approval that has continued to carve the history of the past. When you actually touch it, please feel various things with your heart.