Skip to content
Explore Now
Facebook Twitter Instagram Apple Podcasts Discord
← Back to login
Contents hide
1 The figure has remained unchanged for more than 50 years
2 Symbol of Kobe’s resilience to the Great Hanshin-Awaji Earthquake
3 The Kobe Port Tower was built to be strong enough to withstand an earthquake of magnitude 8, and was painted with ship’s paint to prevent the iron parts from rusting due to the winds of the sea.
4 Powerful new tower after major renovation
5 Kobe Port Tower
6 Attractions of Kobe Port Tower
6.1 Enjoy the charms of the port city of Kobe from above
6.2 Circle Around
6.3 Circle around
6.4 Special night view seats
7 Souvenirs from the Port Tower
7.1 You might find a rare souvenir!
7.2 Atmosphere of the observation deck
8 Kobe Port Tower Address
9 Kobe Port Tower Address and Admission Fees
10 Kobe Port Tower / Kobe Landmark Tower

The figure has remained unchanged for more than 50 years

The beautiful Port Tower has been watching over the city of Kobe for over 50 years. The Kobe Port Tower is an observation facility that opened in 1963, and is characterized by its beautiful form, which is tapered near the center. The world’s first tower with a pipe structure, its beautiful shape is sometimes described as the “beauty of steel towers”.

Symbol of Kobe’s resilience to the Great Hanshin-Awaji Earthquake

Kobe is a city that experienced the Great Hanshin-Awaji Earthquake, and the devastation is still very much with us.

The Kobe Port Tower was built to be strong enough to withstand an earthquake of magnitude 8, and was painted with ship’s paint to prevent the iron parts from rusting due to the winds of the sea. 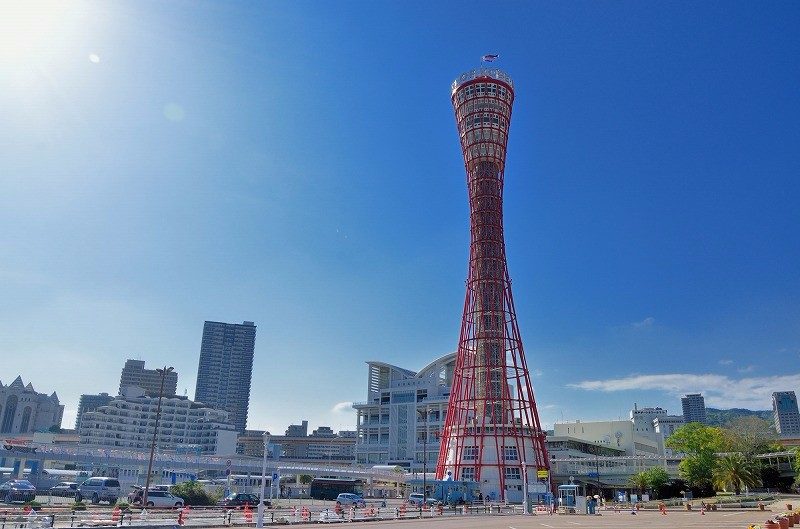 The Kobe Port Tower is a symbol of the Port of Kobe and is visited by many people on school excursions. In 2010, the tower underwent a major renovation, including the first refurbishment since it was built, and the observatory and lighting have been upgraded to make the tower even more powerful. 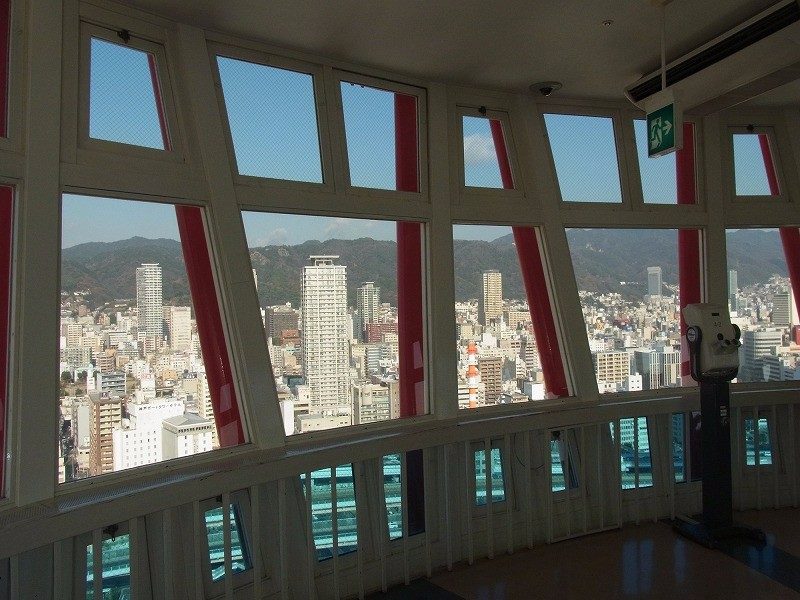 Enjoy the charms of the port city of Kobe from above

The most attractive thing about Kobe Port Tower is the view from the observatory, which offers a 360-degree panoramic view of the city of Kobe. During the day you can look around the port and the city of Kobe, and at night you can relax and enjoy the cityscape of Kobe, which is also a famous night view spot. There are sofas on the observation deck where you can sit comfortably and relax.

One of the highlights of Kobe Port Tower is the coffee shop where you can take a break while spinning. The tower is open until 8 p.m., but that’s long enough to take in the night view and enjoy a blissful moment while sipping a cup of coffee and taking in the beautiful scenery.

The 5th floor observation deck, which can be called the top of the tower, naturally offers the best view of Kobe Port. You can see the port, the nature of Mt. Rokko, and the city from a special seat. The ceiling of the 5th floor has a playful touch with seasonal constellations drawn using optical fibers, and if you visit at night, you can enjoy a romantic atmosphere and many other attractions.

Souvenirs from the Port Tower 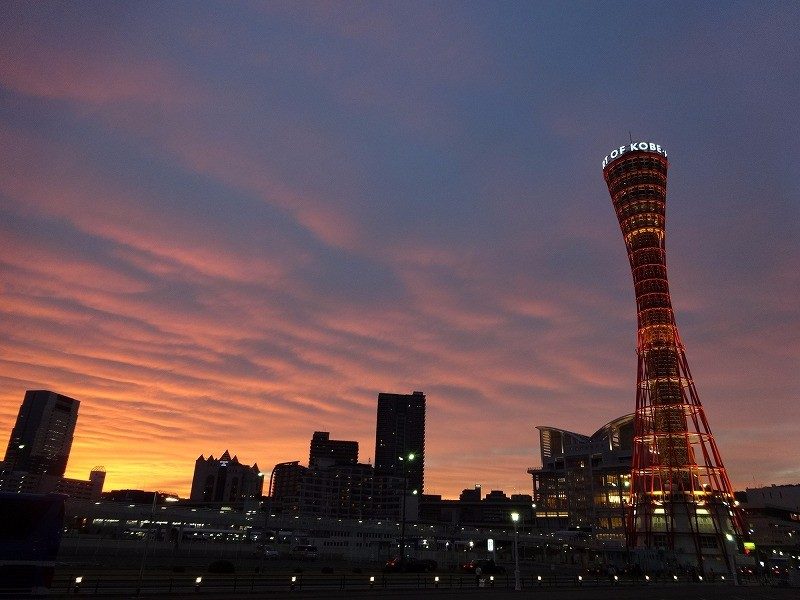 On the first floor of the tower, there is an unusual shop selling souvenirs only available at the Port Tower and rare imported goods. The atmosphere of the shop is somewhat different from that of a regular souvenir shop, and the selection of items makes you want to stop and take a closer look. Why don’t you try to choose a rare item as a souvenir?

Atmosphere of the observation deck

There is also a souvenir shop on the observation floor, with a different atmosphere from the shop on the first floor, and a stylish selection of goods. There is a wide variety of souvenirs that make it easy to tell that you have been to the Port Tower, and there is an abundance of interesting items that you will want to buy yourself. 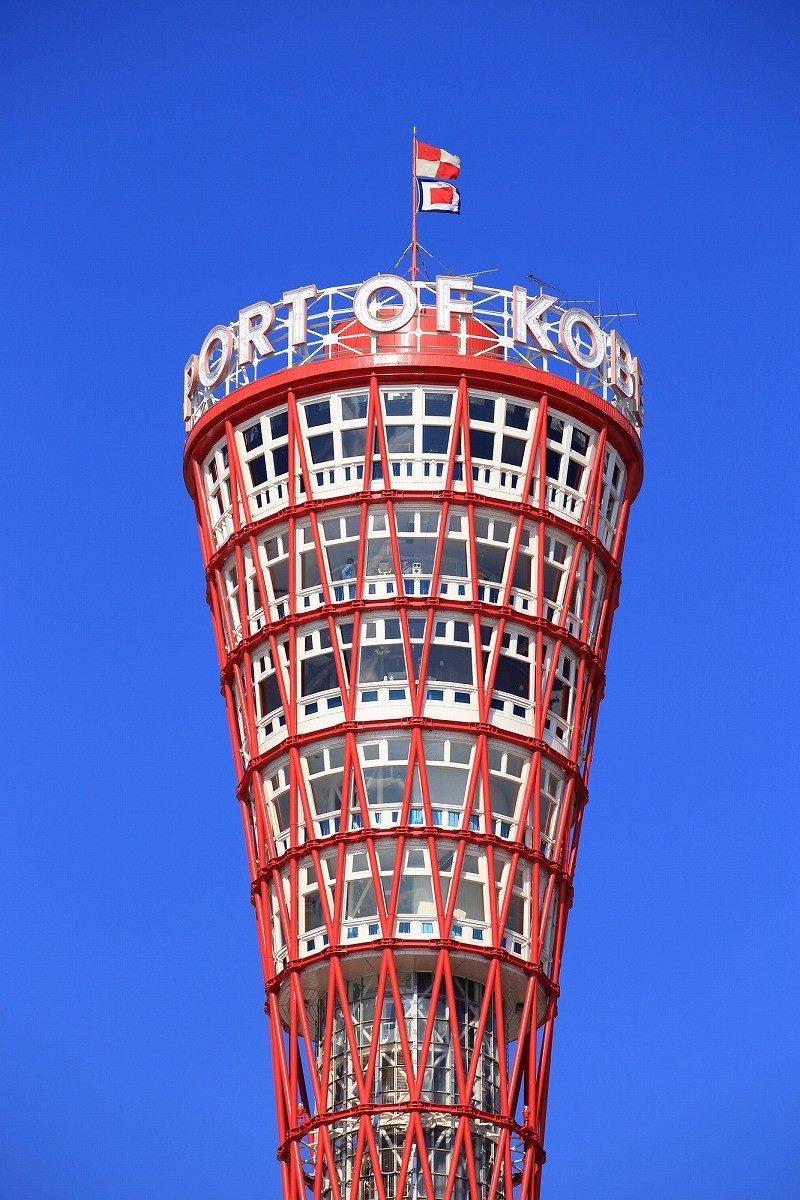