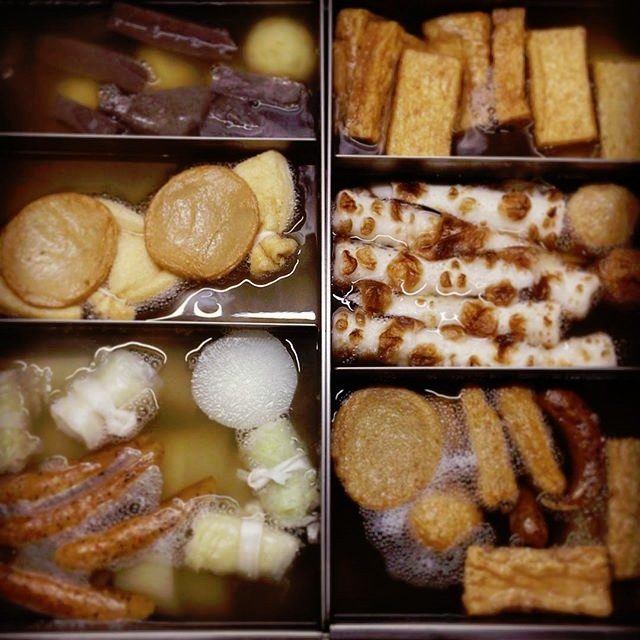 Contents hide
1 What is Oden?
2 History of Oden
3 What are common Oden seeds?
4 Introduction to Oden and Oden from all over Japan
5 Differences in oden ingredients and seasonings throughout Japan
6 Where to eat oden in Tokyo
7 Where to eat Oden in Kyoto

Oden is a typical winter dish made by boiling dashi broth seasoned with soy sauce and other seasonings and adding oden seeds such as daikon radish, konjak and boiled egg to the broth, then dipping it in mustard and eating it. It is eaten at oden stalls, and is also sold at izakaya (Japanese style pubs) and convenience stores from autumn to spring. The type of Oden varies from region to region, and the seasonings used to dip the Oden vary as well. Oden was originally eaten at food stalls in restaurants, but now it has become a common taste in homes. The smell of soy sauce and soup stock, the taste and texture of fish paste, and many other things you may not be used to, but it is a dish you should try at least once. 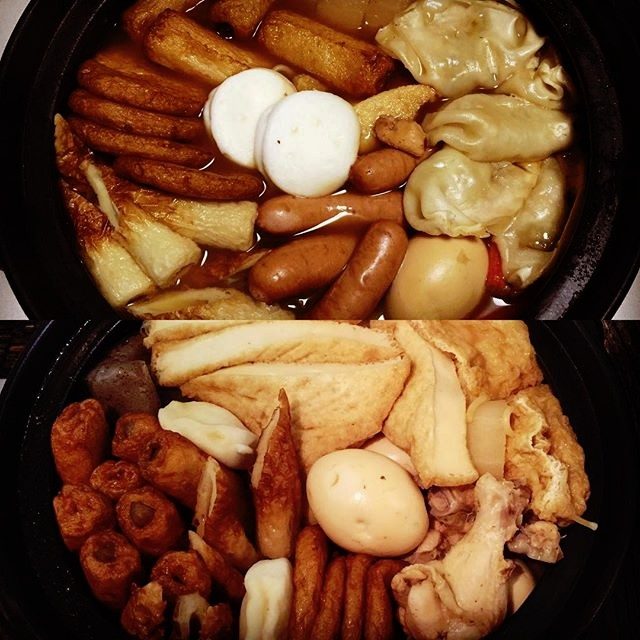 Oden was a food called “dengaku” about 1,000 years ago, which was made by grilling bean curd with a bamboo skewer. The name “oden” came from adding “o” to that dengaku. In the Muromachi period (1333-1573), the development of seasonings made it possible to use miso (soybean paste) as a seasoning, and grilled dengaku with miso coating came to be made. In the Edo period (1603-1867), instead of baked dengaku, the stewed dengaku, which is the prototype of today’s oden, appeared. Later, during the Meiji period (1868-1912), people began to eat various kinds of oden, and it became almost the same form as today’s oden. In the Showa period, Oden became a household dish, and is eaten as a standard winter dish to this day.

What are common Oden seeds? 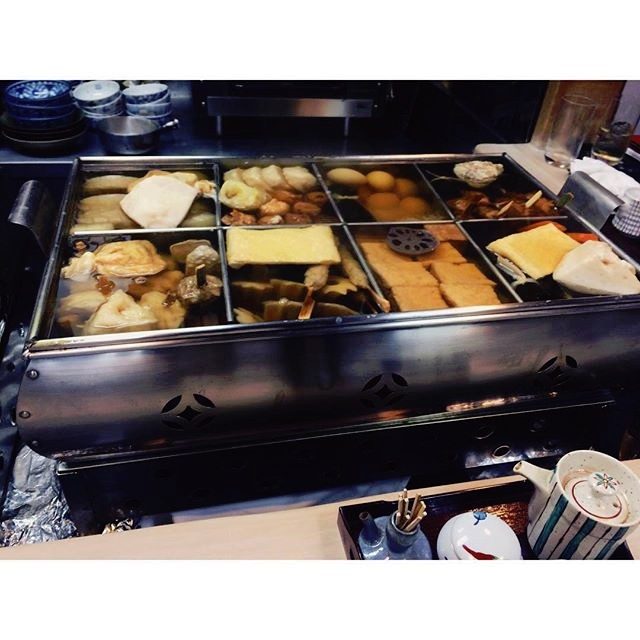 Oden is characterized by its abundance of seeds. To name just a few, there is daikon, ganmono, chikuwa, tofu, konnyaku, egg, and beef tendon. Shirataki, thick fried tofu, chikuwabu, tsumire, satsuma-age, hanpen, tako, kombumaki, and kinchaku with rice cake. Foods of foreign origin, such as sausages and cabbage rolls, have also become well established as oden seeds. The pleasure of eating Oden will increase even more if you try various kinds and find your favorite kind.

Introduction to Oden and Oden from all over Japan 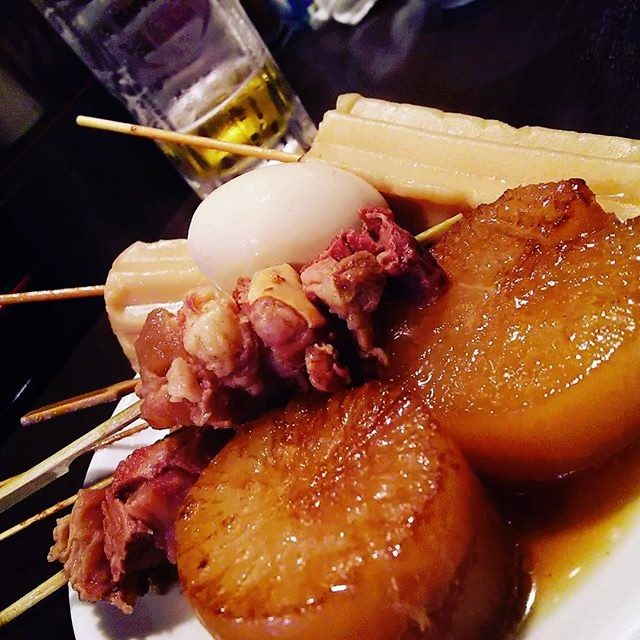 Differences in oden ingredients and seasonings throughout Japan

There are many different types of oden found throughout Japan. In Aomori, oden is eaten with chicken and a ginger miso sauce to warm it up. Shizuoka oden,” which is eaten in Shizuoka, is made with dark soy sauce and black sauce, and is characterized by the eating of black hanpen and the skewering of various kinds of oden. Nagasaki’s Nagasaki oden is made with the city’s famous chawashi broth and features longan (fish cake), which is a quail egg wrapped in fish paste. If you travel to different prefectures during the winter season, it would be interesting to try the oden of each place you go.

Where to eat oden in Tokyo

I would like to introduce a few places where you can eat oden in Tokyo. The first is Takokyu in Ueno. It is an oden specialty restaurant recommended for those who want to try oden from downtown Tokyo. They use a broth that is dark in color but light in flavor, just like downtown Tokyo, and they have a variety of excellent oden, including “Negima,” which is a skewer of alternating large fatty tuna and green onions. If you want to enjoy three types of oden from Kansai, Kanto, and Nagoya, I recommend Kappo Inagaki in Hanzomon. You should definitely try the “Nagoya Oden”, which is Oden cooked in red miso and has delicious beef tendon, konjak, etc.

Where to eat Oden in Kyoto 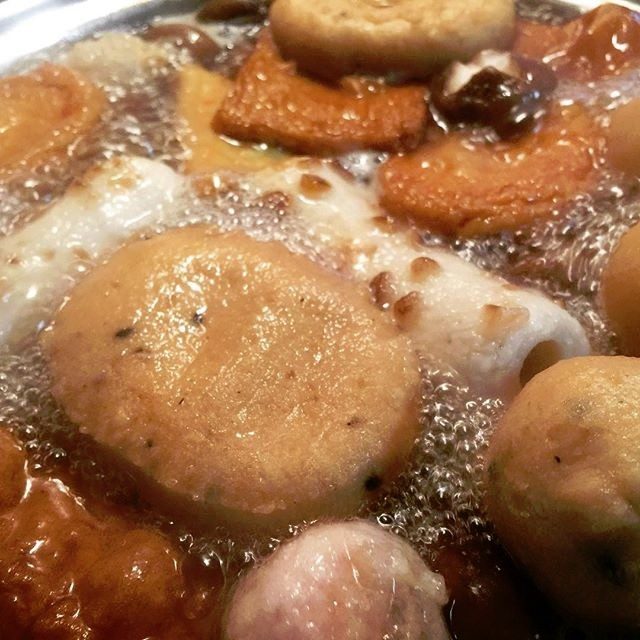 Here are some of the best places to eat oden in Kyoto. First is Takochou, known as Gion’s premier oden restaurant. Each and every one of the seeds, which exude a sense of craftsmanship, is exquisite. Among them, we recommend the oden with vegetables such as Kamo eggplant and octopus as the name suggests. The best way to enjoy oden is to examine several items and enjoy them slowly with sake. If you want to enjoy Kyoto’s home cooking and oden at a reasonable price, try Murakawa near Kyoto Station. Dashimaki is a rare oden dish popular among women. The winter-only Shogoin daikon is thick and highly recommended.