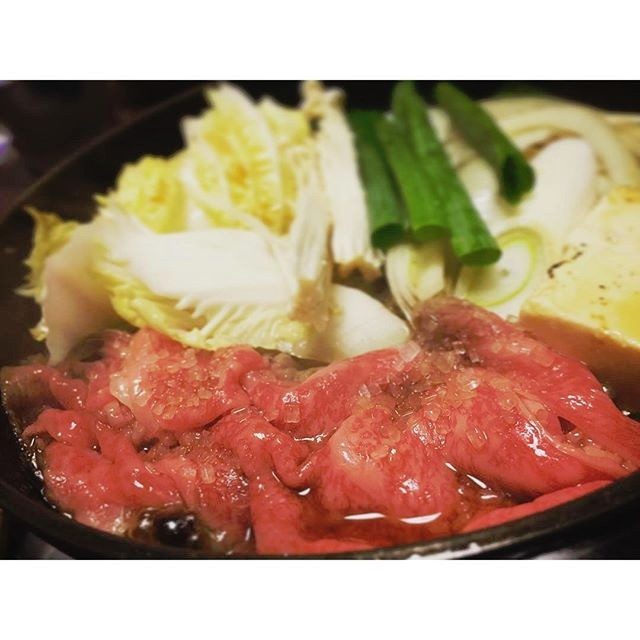 Sukiyaki is a dish in which thinly sliced beef and other ingredients called zaku, such as leeks, garland chrysanthemum, shiitake mushrooms, grilled tofu and shirataki, are cooked or stewed in a shallow iron pot. The cooking method differs in each region of Japan, but it is cooked in a broth called warishita, which is a mixture of soy sauce, mirin and sake. The cooked dish is often dipped in beaten eggs. Japanese eggs are safe because they are only available in Japan under raw-eating standards. Sukiyaki is a dish that is eaten by the whole family, and is a symbol of a happy family reunion.

The History of Sukiyaki 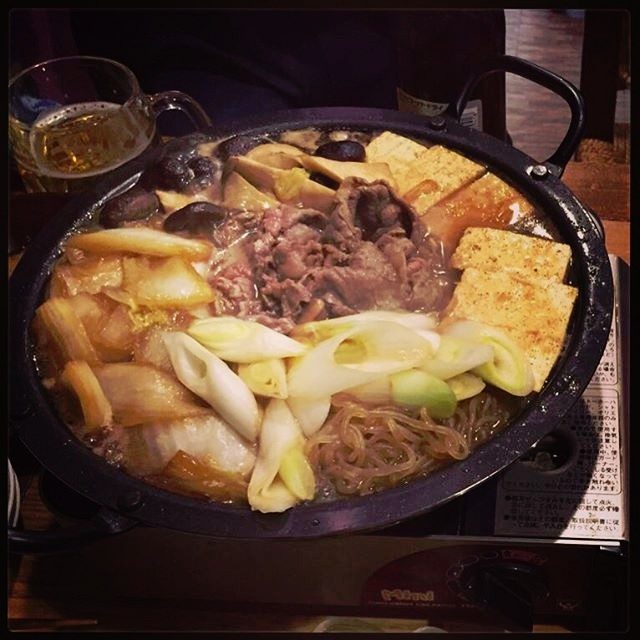 Originally, sukiyaki was a dish in which chicken or other meat was placed on a “plow” and “grilled”. When Japan opened up to the outside world at the end of the Edo period (1603-1867) and beef was introduced to Japan from people living in foreign settlements, it began to be eaten in the form of “beef hot pot”, the prototype of today’s sukiyaki. In the Meiji period (1868-1912), sukiyaki (beef pot) became very popular among people as a symbol of the civilization and enlightenment of Japan, and it appeared in novels and other publications. The word “sukiyaki” was first used in the Kansai region, and it spread throughout the country, becoming the current name for sukiyaki.

There are two main ways to eat sukiyaki in eastern and western Japan. In the Kanto region, sukiyaki is eaten in the “beef hot pot” style, where meat and vegetables are placed together in a pot and simmered in a soup stock made from a combination of warishita, soy sauce and mirin. In Kansai, on the other hand, sukiyaki is cooked first with sugar and soy sauce, then vegetables are added and boiled, which can be called the original sukiyaki. There are also regional differences, as pork was commonly used in northern areas such as Hokkaido, Tohoku, and Niigata Prefecture, and chicken was commonly used in Shiga and Aichi Prefectures. 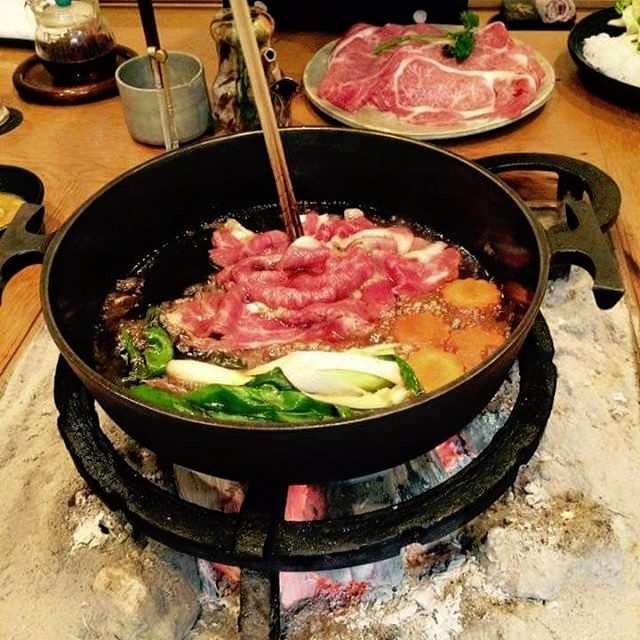 The difference between sukiyaki and shabu-shabu

Shabu-shabu is a dish in which very thinly sliced meat is quickly dipped into broth, cooked, and then dipped into sauce with vegetables, tofu, and other ingredients. The main difference between sukiyaki and shabu-shabu is that shabu-shabu is eaten without boiling, as the meat is only dipped into the broth two or three times. Also, the meat for shabu-shabu is even thinner than that for sukiyaki, and is thin enough to be ready to eat after a little cooking. Both are delicious, so if you have a chance to eat them, you should definitely compare them.

I would like to introduce a few recommended places to eat sukiyaki in Tokyo. The first is Isejyu in Nihonbashi, the oldest sukiyaki restaurant in Tokyo, founded in 1869 and with a history of over 140 years. You can enjoy the traditional taste of the finest marbled wagyu beef in a private room. The second is Asakusa Imahan Grand Roof Branch in Tokyo Station. At night, you can enjoy delicious sukiyaki using carefully selected Japanese black beef at a reasonable price. The restaurant has 14 seats, so we recommend it for small groups. 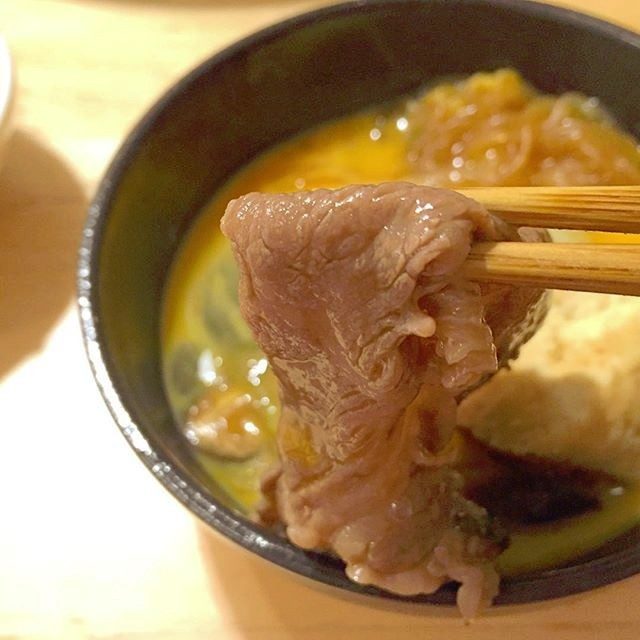 Here are a few sukiyaki restaurants in Kyoto that I would like to recommend. The first is Mishimatei Honten. Founded in 1873, it is a long-established restaurant representing the Kansai region. Many people visit for lunch because the price of sukiyaki is about half the price of the evening meal. The second is Moritaya Kiyamachi, which was founded in 1869 and is as famous as Mishimatei. The sukiyaki served at the restaurant, which still retains the atmosphere of good old Kyoto, is exquisite. Be sure to make a reservation and enjoy the hospitality of Kyoto.